The Atikokan Bass Classic, the "funnest bass tournament," has been keeping anglers and fans entertained with this awesome weekend of activities since 1987.

Why would anyone be interested in the Atikokan Bass Classic if they weren’t competing in it?

Another angler thought the same thing, but then he keyed “www.atikokanbassclassic.ca” into his laptop. “Five bass with a net weight of 23 and a half pounds! Why…why that’s…almost five pounds a fish” he exclaimed.

Then he scrolled up and almost fell out of his chair when he saw: Big Bass Day 2 – 6 lbs 6 ozs. “In northwestern Ontario!” he guffawed, spraying coffee all over the screen.

Then he thought about it some more and said, “No way – bass don’t get that big in Sunset Country, let alone Canada or—dare I say it, the U. S. of A!”

He hollered to his wife in the kitchen, “Honey – cancel our trip to the Amazon for Peacock Bass. We’re now going to A-ti-ko-can for giant smallies.”

“Why’s that?” she called back.

No answer. “Honey?” she called again.

Nothing. Mildly perturbed, she went into his Man’s Den and found him drooling from the mouth staring trance-like into the screen. “Are you OK?” she asked, getting a bit worried.

Then she looked at his screen. 7 lb plus smallmouth bass are landed every year… She sank into the couch beside him. Needless to say, the Amazon trip was cancelled.

The Atikokan Bass Classic has proven what has been in the wind for many years now – that the Atikokan area has some of the best bass fishing in the world.

But it isn’t just big bass that makes the Atikokan Bass Classic (and we’re quoting Bob Richardson of Outdoors in the Heartland) “the best bass fishing tournament in North America,” it’s the simple fact that the whole community of Atikokan is 100-percent behind the overachieving group of volunteers that organize the whole thing. You can bet, therefore, that if you can drag yourself off the lake to attend the weigh-in, it’ll be well worth it. There’s nothing like rubbing elbows with the whole town and finding yourself cheering when big bass are hoisted and twenty pound plus bags of hawgs are announced. You know it’s special when fathers and mothers and grandparents are in the tournament with the next generation when weddings and summer vacations are planned around the tournament when time away from the office is booked off solid. It’s big, real big – and it’s a part of Atikokan’s Naturally Wild character.

To sum things up: If you’re interested in giant smallies jumping out of the water against a backdrop of pine forest and glacier-carved granite shores, just watch the video. You can view past episodes of Outdoors in the Heartland on Youtube – if that doesn’t get you planning a trip to Atikokan – nothing will.

For a full schedule of local events that are fun for the whole family, check out www.atikokanbassclassic.ca for more details. 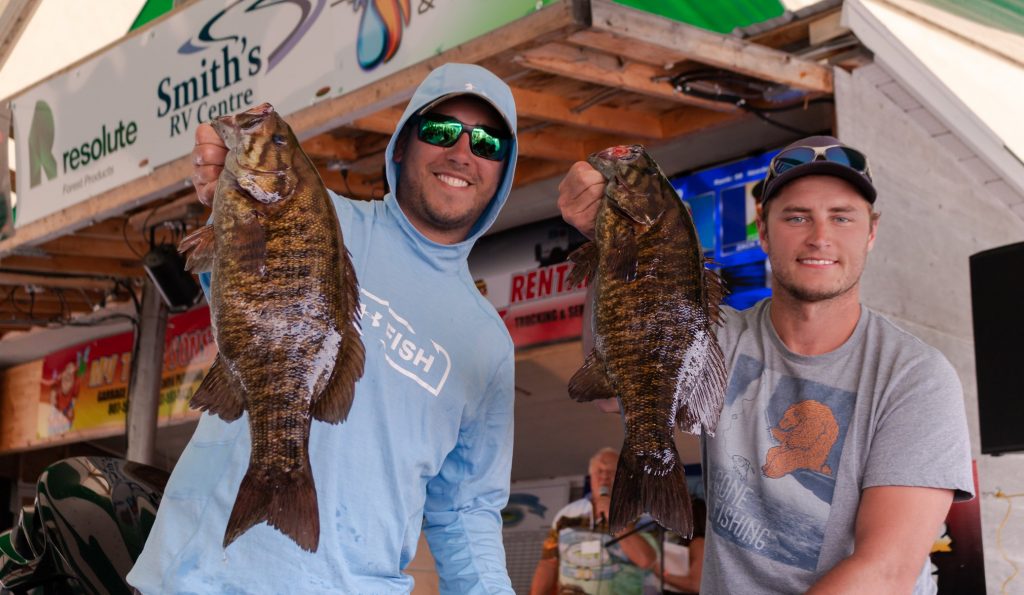 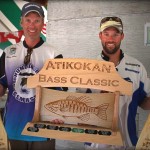 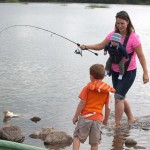 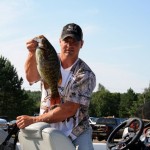 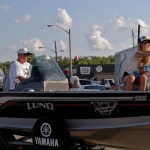 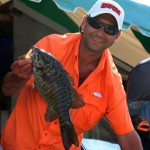 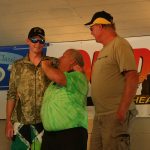 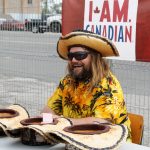 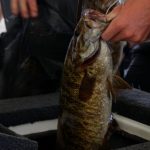 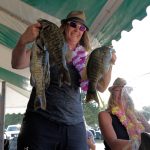