Operated by the Atikokan Economic Development Corporation, with financial support from the Town of Atikokan and Tourism Northern Ontario, Tourism Atikokan promotes Atikokan and its 4-season tourism opportunities!

Atikokan > About Us > About Tourism Atikokan

Supporting Business and Tourism in Our Community 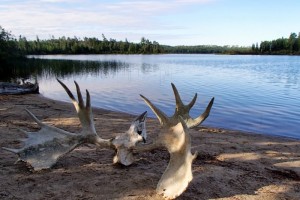 In 2015, the Atikokan Economic Development Corporation launched a one year pilot partnership with Tourism Northern Ontario (now Destination Northern Ontario) and the Town of Atikokan to undertake an initiative to support capacity building for the tourism industry.

Led by Senior Community Development Advisor Gord Knowles and Community Development Advisor Katie Hannon, with direction from Executive Director Garry McKinnon, the AEDC set out to develop a tourism program that would work to lay the foundation of grassroots tourism efforts, in hopes of generating interest in a long-term, self-sustaining program moving forward. Tourism Atikokan’s first year was centered around five projects meant to create content, enhance offerings and collaborate to improve both existing regional offerings as well as future economic development efforts quickly and efficiently.

For the past six years the AEDC has taken on a principal role of tourism development due to its expertise and background in the field; recent successes have included the Path of the Paddle, Path of the Voyageur, and the Heart of the Continent, for which the AEDC has won a number of provincial awards and international accolades. While this approach has merit, not having a dedicated tourism position or department within the municipality has presented a number of challenges, most notably in collaboration and presentation of cohesive, forward-thinking projects. In light of increased priority to developing safeguards to protect against recurrent recession, and the developing importance of tourism as an economic driver in many northern Ontario communities, AEDC proposed to pool resources, time and talent to move forward with projects that will help move it onto equal footing with the larger centres in the region.

AEDC plans to use Tourism Atikokan to continue its focus on product development and packaging. We are always ready and willing to work with industry and partner organizations to help enhance our tourism offerings and better position our region to align with existing marketing strategies and resources. Developing high-quality content – especially of the digital variety – that reflects the four-season nature of Atikokan’s tourism will remain the key to delivering on our goals as we move forward in future projects. 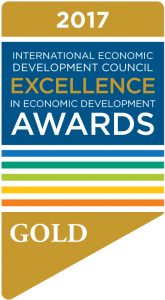 • September 2017 we received the Economic Developers Association of Canada’s Marketing award for Best Website for www.VisitAtikokan.ca.

• February 2017 the AEDC received two Marketing Excellence Awards from the Economic Developers Council of Ontario for Tourism Atikokan, for Best Website (www.visitatikokan.ca) and for Best Cross-Border and Regional Collaboration.

• October 2016 the AEDC received the Economic Developers Association of Canada’s award for Best Advertising Campaign for its work with Atikokan and the Naturally Wild branding.

Looking for incredible outdoor experiences that you’re going to be telling your friends and family about for years to come? Look no further.

U11 Atikokan Voyageurs Vs. Emo Express