Stories from the Wild

Try Curling at the

Winters in Atikokan are something special and there is always something to do for everyone. It may be snowmobiling, holiday events, and for some, sports. Atikokan is home to many winter sports such as skiing, hockey, and the one that we’re focusing on, Curling at the Atikokan Curling Club. 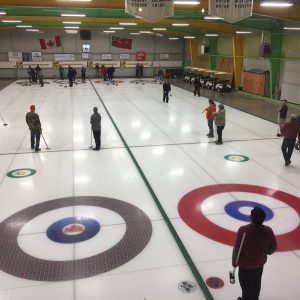 Curling in Atikokan has gone back generations and has welcomed many curlers of different skill levels across the region for decades. Each year, the Atikokan Curling Club opens in November to be open until mid-March, depending on the year. The club offers many nightly league plays, opportunities for the youth in the town to play, as well as playing hosts to some of the biggest tournaments in the area. Past hosted tournaments include Northern Ontario Men’s and Ladies’ playdowns, Mixed Doubles Provincials, and High School events such as NORWOSSA. The club has been trusted by the Northern Ontario Curling Association and has gained a reputable name in the region.

Have you thought about Curling? The Atikokan Curling Club has Junior Rockers which is a youth-curling one-night-a-week league that introduces them to the game and teaches many important skills, an Adult League which is a four-person per team game where each week teams face off against another team, and lastly the new league, Mixed Doubles. Mixed Doubles is where a male and female team up on a two-person team to face off against each other. 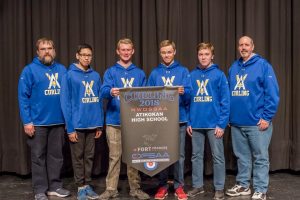 The leagues are important to keep in mind for the future if you see anything you want to try. The Atikokan Curling Club has ice rentals that anybody can rent either to try on their own, for birthday parties, anniversaries, work tournaments, school gym classes, etc. It is available to rent and is a great opportunity to try out Curling this year or to plan your next event! To rent ice time, contact the Town of Atikokan at 597-1234.

It’s a rewarding sport that brings people together to have fun playing a strategic game that has an encouraging environment. The Club has free curling brooms to use and grippers for your shoes, but make sure you’re wearing clean shoes and warm clothes if you choose to curl this year. We hope to see you out on the ice soon!

On December 26th, the annual boxing day spiel is happening at the Atikokan Curling Club. Throw together a four-person team and play a day full of fun games with cash prizes to be awarded. The experience is worth it, even if it is your first time Curling. To learn more, visit the event page: Annual Boxing Day Bonspiel – Atikokan

Area Maps About Atikokan From the Blog